The Story of Our Beliefs

I want to talk about the beliefs we hold in our minds, the beliefs that cause us to think, behave, feel the way we do. Beliefs give us meaning and determine the way we perceive the world. They also influence our identity, relationships, our attitudes and so to bring understanding and awareness to them helps us become the person and do the things that we dream about.

The oxford dictionary defines ‘belief’ as:

When it comes to the beliefs that we hold in our mind it’s certainly true, just because you believe it to be true it doesn’t mean it is. You can feel as if you have certainty in something and often don’t question the things you believe but this is where the problem lies. Beliefs can help or hinder us and the first step to understanding the difference is having awareness and power to change.

We need beliefs to allow us to function, we would collapse from the sheer volume of information that we are bombarded with through our senses and thoughts. The overwhelming volume of information our brain would need to process at once would be impossible for us to be coherent and functional humans. So our brain filters information that is available and uses it to build a picture of what is going on around us, interpreting and drawing conclusions based on the filter of beliefs we hold.

It’s important to note that not all beliefs we hold have the same impact. Beliefs do come from different places and we build varying levels of evidence to support them. We also have varying levels of awareness around our beliefs and different degrees of conviction in them so not all beliefs will have the same effect on our thoughts and actions nor do they require the same effort to change them. The variability between our beliefs is huge.

What is the subconscious mind?

To bring a bit of clarity about how beliefs work I want to explain about the place where they are stored.

The subconscious mind is not so simple to define but basically it is the place where all the actions and processes that happen without us thinking about them but should we choose to, we can become aware of them. the automatic movements that we become filled with and no longer have to consciously think about doing for them to flow naturally, for example, driving, walking, etc. in other words the actions that you do on autopilot.

When are beliefs formed?

We form most of our core beliefs and views about the world around us in childhood between the ages of 2 & 7 years old, when we commit to a concept, notion or idea about something. The brains of children at this age will spend a predominant amount of time in Theta waves, which is a level of brain activity. This is when a person is a much more suggestible and programmable state. This is why children are able to take in such a massive amount of information that will help them thrive in the environment.

They observe their environment and will take on board the teachings of their parents into their subconscious mind so their parent’s behaviour and beliefs become their own. At that age, a child’s consciousness has not evolved to critically assess the inputs and so they become truths, even if what they are being told is negative, they unconsciously shape the behaviour and potential of a child throughout their life.

How our beliefs negatively affect us in life

Our experiences throughout life will reinforce beliefs and we will often seek out the evidence to justify and reaffirm beliefs. We will, even unconsciously, put yourself in situations that just allow us to collect evidence that we are right in our belief and expectations. For example; a belief of ‘I am not good enough’, a person will look for all the examples that demonstrate failure or even self-sabotage to create the evidence to prove it. These types of beliefs are referred to as limiting beliefs.

What are limiting beliefs?

They are beliefs that stop you from moving forward or achieving your goals. They are perceptions that you believe to be absolutely true and have a negative impact on your life. You can think of them as the faulty way of viewing things. They lead us to behave in a particular way, to speak in a particular way. These beliefs live in your subconscious and quite often you are unaware of them until you go looking for them. When you start to discover them and bring them into your conscious mind then you can begin to create real change.

The amazing thing is there are several ways to access and hack the subconscious mind to reprogram unwanted beliefs and unhelpful behaviour patterns. Many healing modalities will enable that process to happen and I will be discussing a few of them this month. For now just know that you do have the power to take control of your mind and to decide how to feel and behave.

Why is change tough?

Your conscious mind is your awareness. It is where your free will lives, it allows you to think of the past and plan for the future. While the programs of our beliefs run in the background in the subconscious mind, the conscious mind can become aware of behaviours and interrupt them to create a new response. BUT this is only with having awareness and focus because getting distracted will allow the preprogrammed subconscious mind to take over again. This is why habits are tough to change, habits run on autopilot. So to change, those programs need to be rewritten.

How does change happen?

There are so many ways to change limiting beliefs and because beliefs hold a wide range of significance and impact on our identities and the life we live there is naturally going to be a variety of methods and also resistance to change. Resistance doesn’t mean a belief cannot be changed, it just means that it will take longer and perhaps higher levels of effort and commitment to change it. Holding onto a belief for 20 years will naturally mean that it is difficult for the mind to let go of it to replace it with more helpful belief.

The great thing is that there are so many different approaches and methods to look at when trying to create change. And a single limiting belief may require you to revisit it on different occasions with varying approaches to release it but with commitment it is 100% possible.

Another way to look at belief change is to call it healing, of which there are a number of wonderful modalities to choose from, a few to consider would be ;

Sometimes change is fast, sometimes it takes time but the process of releasing limiting beliefs and reprogramming your mind with more beneficial beliefs is one that is worth every second and ounce of effort.

Shereen is a scientist turned mindset expert, specialising in helping women find their inner happy! After completing a masters in Medical Microbiology and working as a researcher for the London School of Hygiene and Tropical Medicine, she found her true purpose helping overwhelmed women find inner peace, purpose and another way of life.

She teaches women that life doesn’t have to be

❌ about putting others first

❌ looking to other people

❌ feeling ecstatic all the time

It’s about finding INNER peace, a way to be with your own thoughts without fear, without worry, without your mind moving a million miles an hour.

Before you can change your life, you need to change your thoughts. It’s not about the big changes but taking small steps in the right direction.

It’s a noisy world out there, there are so many coaches shouting their message at you, Shereen is not loud, she’s not bold, she’s all about bringing the calm into the chaos. AND she’s all about breaking through the noise, the bull to give you the SCIENCE behind your happiness. 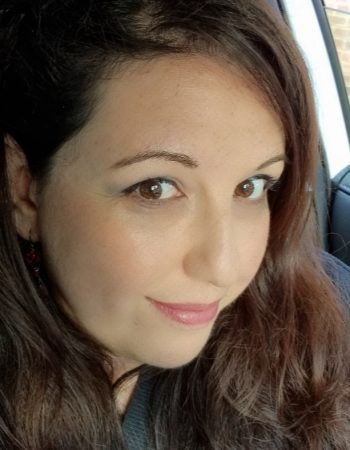