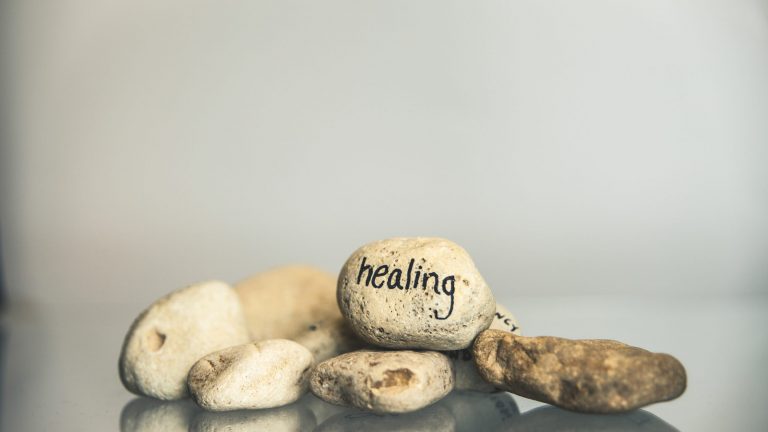 My healing journey: Getting past the root cause of my Hashimoto

I’d heard about autoimmune disorders, but I had no idea what they were, in all honesty. I had no reason to after all, right? It wasn’t until after I gave birth to my second child at 28 years old that I realised that I definitely had a reason to know more about autoimmune disorders. Hashimoto’s thyroiditis is an autoimmune condition that targets the thyroid gland and often results in hypothyroidism (too little thyroid hormone).

At 21 years old, I started to suffer from severe tiredness, so bad that I would need to take naps during the day, I’d struggle to wake up in the morning, and I’d be asleep by 9pm. I had spent most of my childhood and the few years of my adult like being slim, suddenly I had put on weight, and no amount of exercise or diet seemed to shift it. My mum nagged me for months to go to the GP, but I just brushed it off. Until one day, I got a cramp so severe in my leg I was screaming in pain. I decided it was time to visit the doctors. They ran tests, and a few days later, I got called to make an appointment.

I still remember the Dr. Telling me my diagnosis, that I had an underactive thyroid, that it was chronic and lifelong, but that all I had to do was take daily thyroxine, and I’d be fine. There was no mention of autoimmune, no talk of my symptoms, it all sounded so straightforward, take the tablets, and I’d be fine.

It wasn’t until 7 years later that I discovered that my underactive thyroid was the symptom and not the disease. In fact, I suffered from an autoimmune disorder which meant my immune system was detecting my thyroid as a foreign object and attacking it.

My second son had terrible reflux and colic, was sick a lot, and not gaining much weight. I was breastfeeding at the time, so I tried to eliminate certain foods from my diet, starting with wheat and dairy. Although this led me to see that my baby had a milk allergy, it also led me to realise that I felt better! The crippling tiredness, muscle weakness in the morning, hair loss, anxiety, and depression had all improved. I felt lighter, physically and emotionally!

This was the start of my healing journey. I started to look into why my diet was helping ease my symptoms and what I found was mind-blowing. There was so much evidence to suggest that nutrition played a huge role in autoimmune disorders. In fact, there had even been several research papers that looked into the link between autoimmune and nutrition.

I started to absorb information from anywhere that I could. I also came across a book by the thyroid pharmacist Izabella Wentz called Hashimoto’s protocol. I began to follow the protocol. To cleanse my body and try to get to the root cause and heal. Although I wasn’t able to completely reverse my thyroid disorder, I got my medication reduced. When I mentioned to my GP that I was following a specific diet and believed it improved thyroid function, her response was it’s probably because I had lost weight (I was actually the same weight as when I was diagnosed!).

I spent the next few years yo-yoing in and out of a Paleo diet. When I was on it, I felt great, and when I was off it, I felt lethargic and overly anxious. It wasn’t until I was on maternity leave with my third baby and during the start of the pandemic in 2020 that I realised there was a missing link in my healing journey. To truly heal my body, I needed to heal my mind.

I had read the book by Louise Hay a few years before called Heal your body. It centered around the idea that our emotional and mental issues manifest as physical ailments in our bodies. I knew I had to start by healing my emotional traumas. My sister recommended a healer she had met through a mutual coach, Sarah Tobin, who ran Tapping for Mums. Sarah specialises in Emotional Freedom Technique and Matrix Reprinting. So I made an appointment and dove in.

Even though I was open to the healing, I didn’t realise the monumental impact it would have on my life. It wasn’t until it was gone that I realised how bad my anxiety had been. In fact, I was in denial that I had suffered from it at all. The work I did with Sarah made me feel lighter. I no longer picked arguments with my husband when we left the house due to the internal battle inside me. I no longer had a full-blown panic attack about going somewhere new. I didn’t feel the panic rise up every time I was around people I didn’t know. One of the biggest triggers for my Hashimoto symptoms was stress, every time I felt stressed, I would start to feel every muscle in my body shaking. With my anxiety, I was always on edge, always stressed. With it gone, I was able to find moments of peace. I always come across to people as being calm, but inside my head, it was a constant storm. However, now I could tap into that inner calm. I no longer felt the stress in every muscle of my body. I could sit and not have a thousand thoughts in my head.

I knew this was only the start of my journey. Healing is a process, and you need to peel away layer by layer before you can really get to the core. I had started to peel away some of those layers. Over the next few months, I tried many different meditation techniques, took up yoga, and worked with practitioners on my limiting beliefs.

I am nowhere near the end of my healing journey, but more than ever, I believe that the power to heal is within us. Since starting my healing journey, my thyroid medication has been reduced from 175mg per day to 75mg (the lowest since my diagnosis). My hope is that one day I won’t need to be on medication at all.

Below I’d like to share some information that I think has been instrumental in my healing. (Please note that I am not a medical practitioner and that this is just my own experience).

It’s all about the gut.

When it comes to autoimmune disorders, our gut and its health are instrumental. In fact, I have often heard practitioners refer to the gut as a secondary brain. The health of our gut can influence how well our immune system works. Avoiding things that can cause inflammation in the gut is ideal. That does mean that you need to eliminate anything that your body may be intolerant to. I did this by going on the autoimmune paleo (AIP) diet for 6 weeks and then slowly reintroducing foods into my diet. Anything I reacted to, I cut out of my diet.

It’s also vital to ensure you supplement your diet with good-quality probiotics! Probiotics can really improve the health of your gut and, in turn, your immune system.

Gluten is a significant trigger for autoimmune.

Gluten has been shown to cause inflammation in the gut with a large percentage of autoimmune sufferers. Several studies have shown that a gluten-free diet significantly reduces the number of thyroid antibodies found in the blood, including this article published in the National library of medicine. I have personally found that gluten is a major trigger for my symptoms.

Several studies have shown that autoimmune sufferers often have a vitamin D deficiency. Research hasn’t found the exact cause of this. Still, they believe it could have something to do with how the body absorbs vitamin D. Other supplements that autoimmune sufferers are often deficient in are B6 and Selenium. I personally find when I don’t take Vitamin B6, some of my symptoms return.

For me, exercise plays a vital role in my health. It doesn’t have to be intensive exercise but even including a walk or a short yoga session into my day makes a massive difference to the way I feel both emotionally and physically.

The belief that it is possible to heal

This is an important one. In traditional medicine, autoimmune disorders are chronic and unreversible. However, there have been countless stories of people reversing their autoimmune diseases using alternative therapies. To heal, you have to honestly believe it’s possible!

Reem Aubdool is a Marketing Strategist, founder of VM Director and a highly qualified marketing expert who has 12 years prior experience leading marketing and sales teams within several small to medium-sized businesses.

She specialises in helping service business owners create a thriving, profitable and streamlined business using a trusted method to refine their internal processes, increase their visibility and in turn their sales. 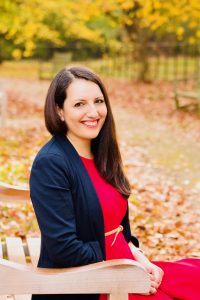